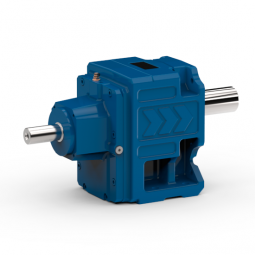 Gear systems with input unit (-WN) allow the running of WATT MAS® gear unit via the extension of drive unit elements such as coupling, belts or chains.

This gear system with input shafts is an economical solution if the input motor cannot be assembled directly next to the gear unit.